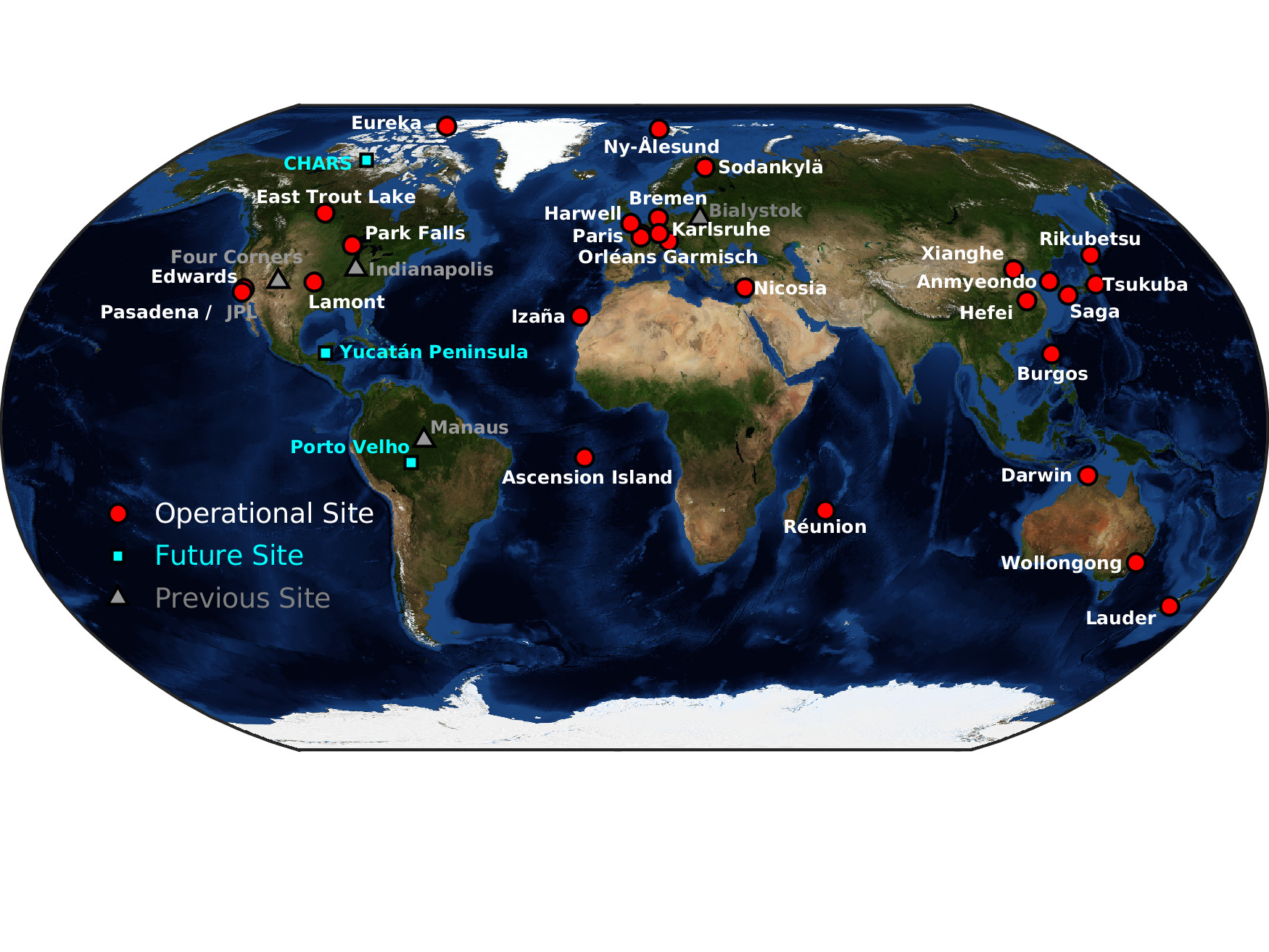 TCCON is a network of ground-based Fourier Transform Spectrometers recording direct solar spectra in the near infrared spectral region. From these spectra, accurate and precise column-averaged abundances of CO2, CH4, N2O, HF, CO, H2O, and HDO are retrieved and reported here. A technical report describing the GGG2014 version of the retrievals is found here; solar, Voigt telluric, and non-Voigt telluric spectral linelists used in the retrievals are publically available.

Data in netCDF format are publicly available no later than one year after the spectra are recorded; many sites release their data earlier. Citation and data use requirements are included in the license associated with each record. Column averaging kernels and a priori profiles are included in the files. Information on how to use these can be found here. To produce TCCON a priori profiles for locations and times where there are no TCCON measurements, a stand-alone program can be downloaded. A JSON file describing the correspondence between GGG2014 and GGG2020 public file variable names can be downloaded.

Please review the TCCON data use guidelines before downloading TCCON data. A tool is available to generate citations for TCCON data and sites in Bibtex format.


The TCCON is closely affiliated with the Network for the Detection of Atmospheric Composition Change Infrared Working Group (NDACC-IRWG), that produces vertical profiles of the concentrations of many of the same gases and several others. For more information see the NDACC website.